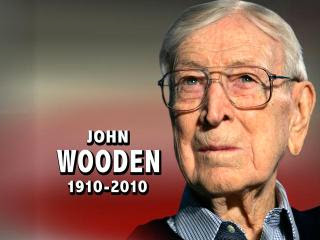 I was always studying for the winter quarter’s final exams in Rabbinical School during March Madness, the NCAA basketball championships.  One eye on the television and one eye on the Talmud…that was me.  So I got to know Coach John Wooden and his team, the UCLA Bruins, who made it to the championship game almost every year I was in Cincinnati, Ohio.
My first pulpit, in 1971, was in San Diego, California and I was fortunate enough to score a ticket to the NBA’s All Star Basketball game in LA.  There, I saw many of the best players who had played for Coach Wooden at UCLA.
A member of my congregation asked me to officiate at the Bar Mitzvah of his son.  Dr. Lenny Bloom was an over leveraged Dentist who owned the NBA basketball franchise in San Diego.  Bloom wanted Coach Wooden to influence Bill Walton to play for his team.  So, he invited the Coach and his wife to the Bar Mitzvah.  And, I sat next to Wooden at the dinner.
I am 6’3” and my wife was 6’ and very pregnant.  So I offered the coach a dinnertime deal…I would pre-sign a letter of intent for the baby to attend UCLA and play for the Coach if he would send me season tickets to the b-ball games.  I am sad to say, it just didn’t happen.  My tall daughter, Beth, played high school volleyball instead.
Wooden was a mench, a mentor and a motivator.  His death is a significant loss.  He deserves all of the honors and accolades.
Many did not play for Coach Wooden 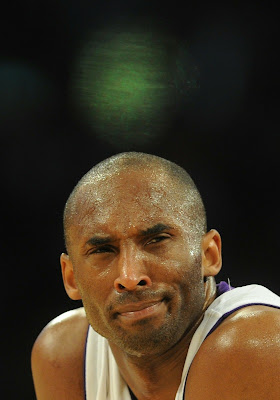 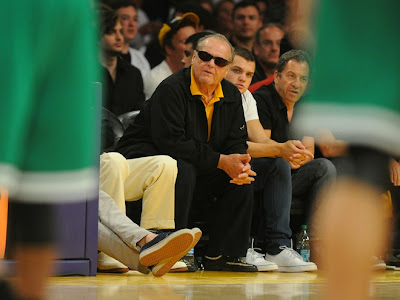 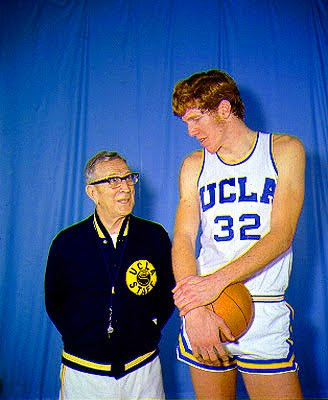 The Keys to the Game 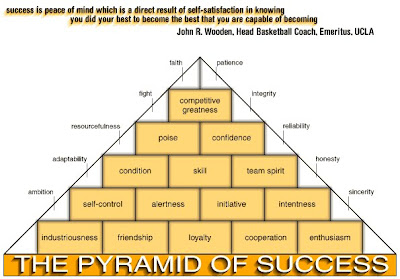 « Sealed lips of faith
I was wondering… »